In this workshop, Tania will teach you the key skills to become confident in Watercolour Lettering. The course is for beginners, but everyone is welcome. You’ll begin with warm up drills, using a water brush pen, to introduce you to the gliding action and delicate nature of paint, water and brush. After the warm up is over, we move on to the lowercase and uppercase alphabet. You’ll have a clear understanding of thicks and thins, when to reload your brush, and how to achieve a gorgeous gradient effect.

At the end of the class, you will be confident to write your favourite quote, or create a meaningful card for a loved one. You will leave the workshop with the key skills of watercolour lettering, and instruction sheet for continued practice at home! 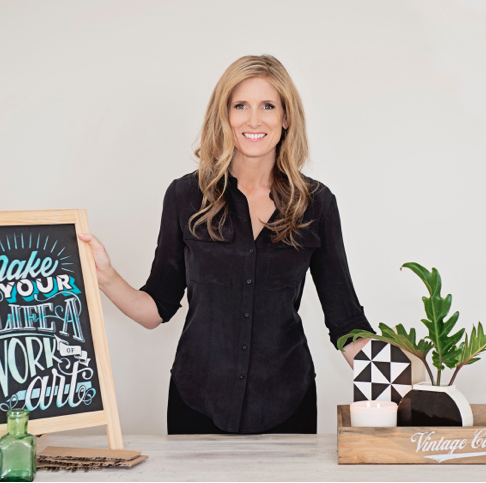 Tania is a Gold Coast-based graphic designer, hand letterer and chalk artist. She first picked up her mother’s calligraphy pens when she was nine and has loved hand lettering ever since. This passion grew stronger during her time at Griffith University’s Queensland College of Art, lettering on marble, wood, skin, walls, suitcases, fences, and converting her lettering into digital format.

She now spends her time designing custom lettering, creating beautiful signage and conducting creative workshops around Australia. Tania invites anyone with a love of the handwritten word to come along and delve into the art of hand lettering.