Ever wanted to know how to Sign-write?  Brush skills are the MOST important factor in constructing hand lettering with a brush as well as understanding scale and good layout/design!

This fun 3 hour workshop is designed as an intro to the world of hand written sign lettering. You will learn the 6 basic brush strokes required to create sign letters as well as having a go at letter construction using a brush. You will receive professional guidance from Liane, who is the only female trade qualified sign-writer running sign-writing workshops here in Brisbane.

​This course is best suited for beginner. Or for those wanting to brush up on their skills!  Workshop spaces are limited for this workshop so don’t hesitate on booking! 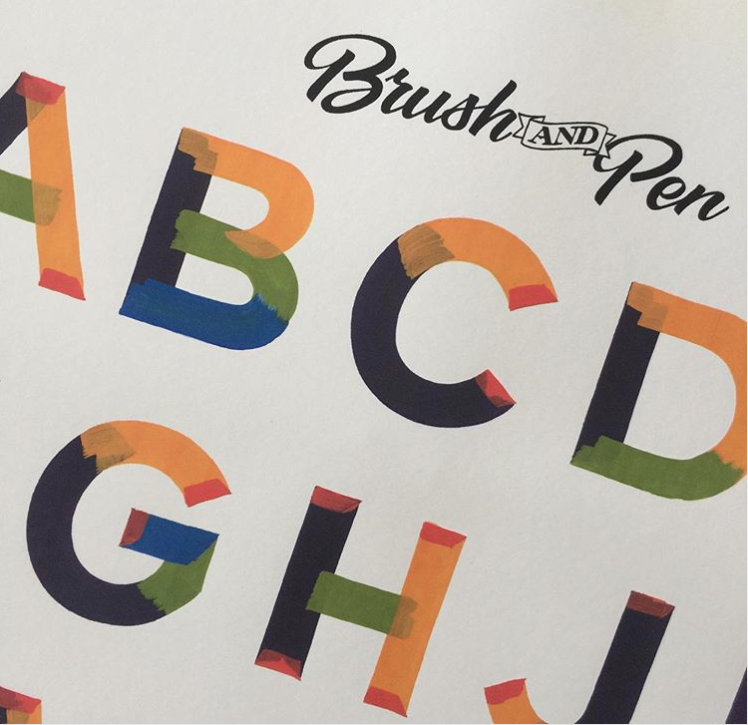 Liane has been around signwriting since the age of 4 when her father started his own signwriting business in his back yard – you could say she has paint in her veins!!!

At age 20 Liane worked in her Father’s business, Barker Signs, first as an apprentice and later as a partner.  She became one of only a few female sign writing apprentices in the early 80’s and won the highest honour of Top Apprentice for Queensland.

It was here she learnt the foundational skills of signwriting as well as a business acumen that has given her a lifelong career in Signage and Design.

With a career spanning 30 years in the sign and design industry, Liane has embraced both traditional and digital technologies in her work which has been received over the years with great satisfaction from her clients.

Liane recently returned to her traditional skillset of creating hand painted signage for clients wanting a unique point of difference to showcase their brand and was proud to be involved in the signwriting of the recently refurbished iconic Burleigh Pavilion situated on the rocks at Burleigh Heads Beach.

Liane’s sign work has been showcased internationally in Chicago (2017) and London (2018) where she was the only Australian Signwriter to be featured in both shows. She was fortunate to connect and work with other innovative and creative traditional signwriters on a trip around the world in 2018. It was during these travels she witnessed a resurgence of traditional hand painted signage in UK, Ireland, Europe and USA and people wanting to learn the craft.

Having witnessed a serious decline in the formal training of traditional signwriting and an increase in designers now being approached to create signage design, Liane’s passion is to pass on the traditional skills of sign design, layout (especially for large external signage) and brush skills to ensure the true craft of signwriting remains and good lettering prevails!

In 2019 Liane will travel to USA to be one of 14 instructors at the Brushmasters Getaway 5 day Signwriting, Pinstriping and Airbrushing retreat to be held in Colorado.