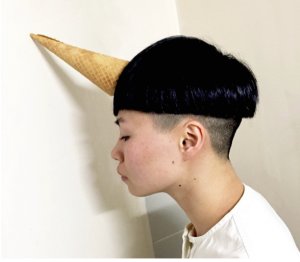 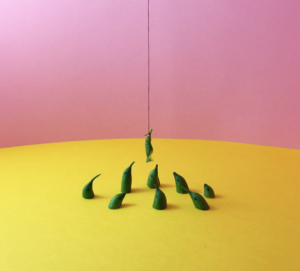 Where did the name Mundane Matters come from?

It’s from my main account, where I was taking all these silly photos and finding that I really actually enjoyed it.  It’s a play on ‘matters’ – in one way this account is just a place to share mundane things, but at the same time, are they mundane? Do mundane things matter?

Where do you get your inspiration for your food creations?

It’s a very accidental process. I think the mind is wired to certain ideas, certain shapes.  You see things and make that connection, like ‘Oh, that looks like something else.’  I think these connections are in all of us, and maybe it’s just making that step to make them and photograph them. 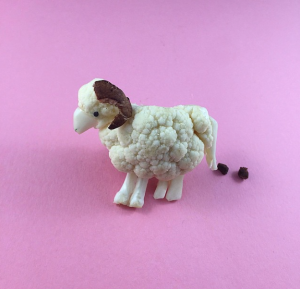 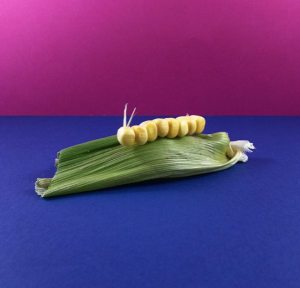 How does a typical meal go down in the Mundane Matters household? Are there a lot of interruptions while you make and photograph an idea?

Most of the time I am the one preparing meals in our house.  Sometimes I do get distracted and we end up having dinner at eight, nine o’clock, but now I try not to disturb regular meal times.  I’ll make dinner first and then play around with the scraps later, or maybe I’ll make something during the day and then pull it apart for dinner that night.  It does mean that we end up eating a lot of roast vegetables though!

Is there any kind of technical process behind your photos?

Nothing! Just a knife and some toothpicks.  A lot of the time, because of the angle of the camera, you can’t see the back, so it will be a complete mess. There’ll be toothpicks sticking out everywhere.  When I started I was just taking photos on my old iPhone 4 in my bathroom, but now I’ve set up a little light box and I’m doing two a day. 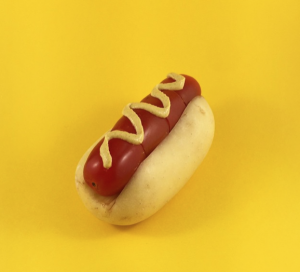 Does having Instagram as your medium change the way you approach your creations?

Definitely.  It’s more spontaneous, and you get to share it with a lot of people.

What do you think of the idea that Instagram is this kind of vacuous, selfie-filled place?

I think actually it’s an interesting sphere.  It is more self-centred.  But maybe that kind of self consciousness was already there, and social media just gives us a new way of exploring that. Some of the earlier photos on my account are kind of silly food selfies. I embrace it, I embrace the selfie.

Mundane Matters is really just a side project –  you’re also a designer.  Can you tell us about that?

I do a lot of user experience design, app design, and illustration.  I started my career working with Walterwakefield in Surry Hills, and I worked on a curated book for White Rabbit gallery – that was my first job as a junior designer.  Then I had my online shop for a while – but that was a failure! I got distracted by too many other things.  You need focus, I think, to be a designer.  I worked for the City of Sydney for two years, but I’ve just recently resigned.  At the moment I’m very open, just kind of seeing what comes next.

And what about for your food art?  Any future plans?

Seeing what happens there too.  I don’t want to put too much pressure on the project – it’s really just for fun.

Thanks Danling! And finally, best coffee in Sydney?

The Farm in Potts Point!  The barista that works there from Monday to Thursday is the best.

Danling can be found on Instagram or on her blog, The Journey That.